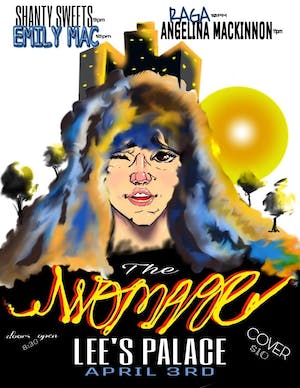 iCal
Google
$10 at the door

Bringing you some of Toronto's BEST upcoming Women in Music with a mix of different styles taking the stage all in one night! Join us for a spectacular night of music.

Be prepared for this incredible line up!

Shanty Sweets is a neo-soul, roots reggae, jazz (with a mix of ska) performer from Toronto. Her versatile style, or “versastyle”, shows through effortlessly allowing herself to float through the many different genres mentioned with ease. With many years of experience and a deep love for music, she knows how to keep an audience entertained and on their feet.

Alongside her bandmates, Shanty has performed at many events and venues all throughout the T-dot, such as the AGO (Art Gallery of Ontario), The Carlu for a show sponsored by Western Union, The Globus Theatre (Bobcaygeon), Atria (Oshawa) and the heart of the city, Nathan Phillips Square, just to name a few.

She takes pride in giving her audience her all and strives to connect, spread wisdom, inspiration, and create an uplifting feeling through her music.

Her influences run the gamut of excellence.

KRSRAGA is a Toronto based artist with a smooth R&B voice that carries notes of Hip Hop. She is influenced by the music she grew up on having a musical background. From performing at her Grandmother's lodge at a young age to booking gigs all around Toronto at the age of 22, she has fallen in love with being on stage and moving a crowd. From producing half of her own discography to branching off to work with more producers she has gathered a million streams in total on Spotify. The results of the last three years are a dedicated intimate group of fans that swear by her music.

Angelina Mackinnon is starting to leave a mark in Toronto's Music Scene.

Opening up for one of The Lumineers in 2019 and playing all over Toronto ever since arriving in 2016. Originally from Charlottetown PEI, shes had the opportunity of playing at The Indian River Church known for its acoustical treasure.

Now based in Toronto for the past couple years and working with producers from Canada to Austria for new music coming out in 2020.

Accompanied by a full band with some of Toronto's favorite musician for a warm and exciting set on April 3rd.

set you on fire! She has captivated audiences across North America

End to festivals like CMW and Indie Week. Nominated for a TIMA for

best original song she is currently writing and recording her debut 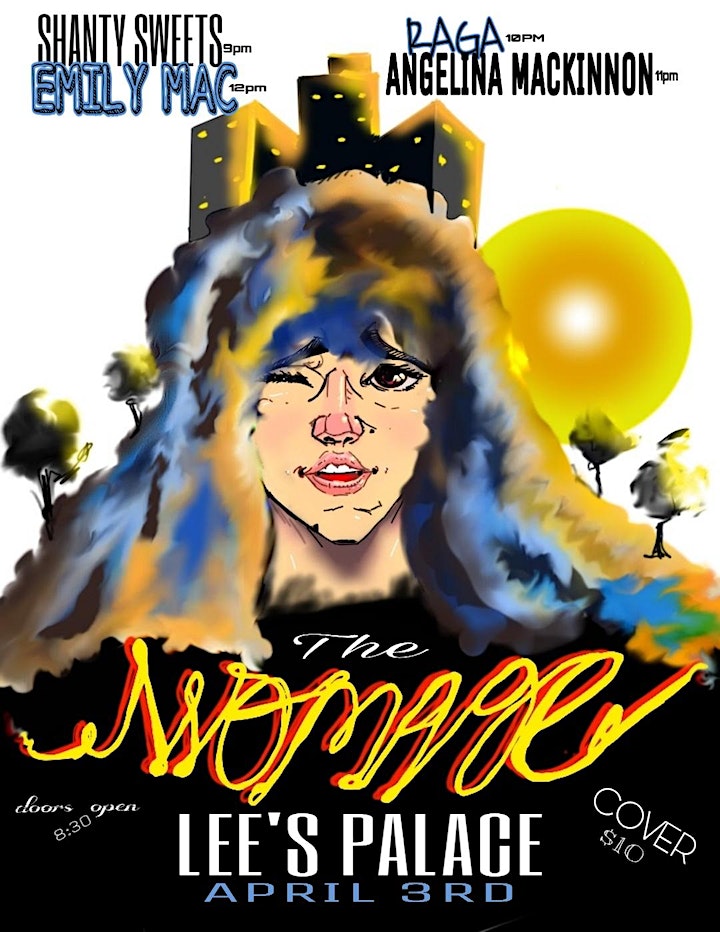